“Powder days are alright” – said no one, ever. Usually, when you ask someone about a pow day they respond with sheer elation; bubbling with excitement and bursting with a fiery passion. The perfect powder day is the ‘holy grail’ for skiers and riders. It’s something we dream of, chase after, and long for… but is rarely attained. When you finally get that perfect powder day, you feel frozen in a state of absolute euphoria. THIS is why we ski. Floating on freshies without a care in the world, smiling so big that your cheeks hurt; nothing else matters in this moment… and you couldn’t be happier.

We asked some of our co-workers and Breck locals about their ultimate powder day stories, and this is what they had to say:

“It was a solo mission and no one was in the lift lines… I think I played hooky from work this morning 😉 Snow was soft, fluffy and DEEP.” – Stefanie Van Der Kar, Breckenridge Ski Resort.

Check out her video of the day below!

“I got a snow cat trip to Keystone for Christmas. We just happened to hit it on a 24+ inch powder day and spent all day slaying untracked powder in Erikson Bowl. Snorkels were required.” – Mark Grattan, Keystone Ski Resort.

“After 25 inches of fresh powder, my friends and I hiked to the top of Peak 8 and hucked off this cliff into 5 ft. deep powder!!” – Glenn Brady, Breckenridge Ski Resort. 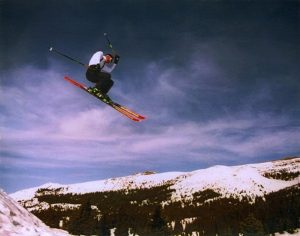 “It was my 1st year here in Breck (2014), It was a late February snow storm that started early morning and continued throughout the day. I was riding up Kensho SuperChair when the snow started dumping, I could barely see the chair directly in front of me. Just the way I like it. The first run on Peak 6 was knee deep powder on ‘Wonderland’ and that was just the beginning of this adventure. Not being extremely familiar with the terrain, today was my day for exploration. From surfing the back bowls, to slashing waste deep powder in the trees, this was by far the best powder I have experienced in a long time!!” – Joe Demma, Breckenridge Ski Resort.

“My favorite powder day was when the snow was so fluffy and deep and the day was just beautiful and bright, making my own lines through the trees, following friends down to the lodge for Apres. A perfect power day!” – Iris Bradford, Breckenridge Ski Resort.

“The best pow day I’ve ever had (among many) has to be at Copper Mountain in April of 2015. It was my Birthday.

But then about a week before, we started seeing reports of a storm that might roll through. A foot or more they said. We thought, “Yeah, right. In the middle of April?” Nah. But of course if there was skiing to be had, and with my birthday coming up we made plans to shred with a crew on what could be the last pow day of the season. It didn’t disappoint.

TWO FEET of fresh snow fell overnight and we were ready. First tracks through 17 Glade, Star Wars Trees, Gold Digger Trees, Upper Enchanted Forest, and Resolution Bowl. They were all ours and we took them grinning from ear to ear open to close.

And to cap it all off, Vail just happened to be doing their ‘end of season, free concert series’ and my favorite band, ‘Portugal. The Man’ was playing. So naturally we went over the pass for some outstanding live music. Best Pow Day and Best Birthday. Doesn’t get much better.” – Rob Bennett, Copper Mountain

“I have been snowboarding for a little over 20 years, so you can say I have had a few “favorite pow days”, BUT I will go with the most recent that took place last Saturday 12/17/16.

Friday night… The storm was fierce. Snow came down from the heavens and covered the resort and town in a deep white blanket of joy. Giddy with anticipation, like a child on Christmas Eve I laid out my outwear, boots, hat gloves, etc. for the next day.

Saturday morning came around and I made myself a full complete breakfast before catching the yellow bus to Beaver Run. Word on the street was that I-70 had closed and that the resort would be a bit less crowded than normal for a Saturday.

Catching first chair over at Beaver Run was easier than expected. Myself and my buddy Gram took a tree run next to ‘American’ to start out our day. The snow was deep, and it was a blower. The next run we took was Mercury Chair and decided to take the Hollywood run under the ‘E-Chair’. The E- Chair was not yet running… this lead to a run full of slashes on untouched steeper terrain that resulted in big smiles and high fives. The cat track back to 9 was even better. We found a few side hits on the trail and cruised back to Copper Top bar.

After a quick beer we decided to head back out to Peak 9. We took some more tree runs and found some tree jibs that had not yet been touched. The snow was still deep and we continued to lap without waiting in a lift line throughout the day.

We called it quits around 1:00pm and retired for Tacos and Coco.

Days like these keep me in Summit. These are the days we live for.” –  Joe DeStefano, Breckenridge Ski Resort.

Tell us about your ultimate powder day! 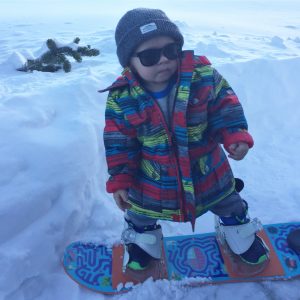 Ullr might’ve had a slow start to winter, but he’s quickly redeeming himself by steadily dumping tons of fresh powder on Breckenridge this December. Colorado’s favorite season is in full swing in this ski town, and it’s time to tune those skis and boards and get to Breck for some incredible skiing and riding!

The staff at BOB wants you to know the level of stoke you’re missing out on, so we decided to show you just how sweet the pow stashes are right now. It’s a tough job, but someone’s got to do it, right? Check out our video and try not to drool. This snowy supply of wintry bliss will be eaten up by other powder hounds soon, so book your Breck getaway today, while we still have availability… Because what’s more empowering than watching the hill fill up with loads of snow? Riding down the mountain in knee-deep powder, of course!

With Arapahoe Basin open, let’s face it, ski season is here. Most of these resorts aren’t falling on the same opening day, which means you can make your rounds. But this is the day that most of us dream about while we bask in the glorious last few weeks of fall weather. There’s nothing like tightening your boots and clicking into your skis or strapping to your board for the first time of the season. But then you look up and see them. The THOUSANDS of other humans that are doing the exact same thing you are. How is this possible? How could anyone else love the sport as much as you? Well, the white ribbon of deaths’ (WRD) are open and on top of having fun we mostly encourage you to ski/ride safe! Check over your gear, know the terrain and weather, stay safe and most importantly, enjoy the experience! Hundreds of other ski fanatics are looking to get those oh so sweet first turns of the season in. Enjoy and respect each other’s company and all that is the sport of skiing. Stay safe, friends, and cheers to Ullr for an incredible winter!

Read on to find out what not to forget, what not to miss, and where the hot spots are for Après Ski!

*All dates are projected opening dates:

Don’t forget: Your grills! With the crowds, you might find yourself eager to take a break every few runs. Fire up the sausages and hamburgers with friends and enjoy some downtime!

What not to miss: The mass entertainment from unique one-piece snowsuits and tricked out helmets.

Après Ski: Snake River Saloon. Happy hour served 7 days a week from 4 – 5:30 p.m. This legendary saloon is the perfect spot to sit down for a beer after hitting the slopes. Looking for a longer night out? Stick around, the Snake has fantastic night life.

Don’t forget: Your swag hands. Tons of prizes are offered at the base of the Centennial Express Lift.

What not to miss: The World’s Best Chocolate Chip Cookie Competition! www.beavercreek.com/cookie

Après Ski: Dusty Boot. Featuring happy hour from 3 – 5 p.m. daily, this “Best Little Steakhouse & Saloon in the great state of Colorado” is perfect for stopping in and grabbing a few drinks after a long day on the mountain. Looking for something different? Check out Hooked a Seafood * Sushi * Market.

Don’t forget: Your pass in your old jacket.

What not to miss: Wake Up Breck! Although this happens the day before opening day it’s a fun local’s tradition. Breckenridge Ski Resort hands out FREE commemorative coffee mugs and will buy you a free cup of coffee to celebrate the opening day of ski season! Participating coffee shops: Coming soon!

Après Ski: To keep it easy, stick to the T-Bar at the Base of Peak 8 and load up on a bloody mary as you watch the skiers come down. If you want to come into town, we suggest checking out one of our favorite local hangouts and the meanest margarita in town, Angel’s Hollow.

What not to miss: Donuts, coffee, and beer! Make sure to also check out live music by DJ Landry and don’t miss out on all the gear giveaways. Learn more here!

Après Ski: Endos. There motto: “If you ain’t flyin’, you ain’t tryin”. Located at the base of American Eagle lift happy hour goes from 3 – 6 p.m. every day! Check out their menu here.

What not to miss: Your reusable Keystone water bladder! The first 500 people in line will receive one! Learn more here!

Après Ski: Kickapoo Tavern. Deemed “The best deck in Keystone for Après Ski”, Kickapoo is also opening back up on November, 4! Voila!

Don’t forget: Your early morning calisthenics (no need to pull a muscle the first day out there)!

What not to miss: Loveland has yet to release even their opening day announcement. Check this link or we’ll offer an edited version here once we find out more!

Après Ski: Rathskellar. Ask a local on the lift. This is thee spot for a snack or après drink.

Don’t forget: To download your EpicMix app. You’ll want to count this as Day 1.

What not to miss: Vail has yet to announce their opening day shenanigans. Check this link as the time gets closer (we’ll offer up an edited version here too once they do).

Après Ski: Mountain Standard. A swanky tavern with a casual vibe and simple, honest, from the heart service and cooking.

Well, we hope this was enough information to keep you excited about Opening Day while being safe. Now, it’s time to look to the winter ahead and pray for big dumps!

Looking for lodging while you are here? Check out BreckenridgeDiscountLodging.com for the BEST lodging deals in Summit County. 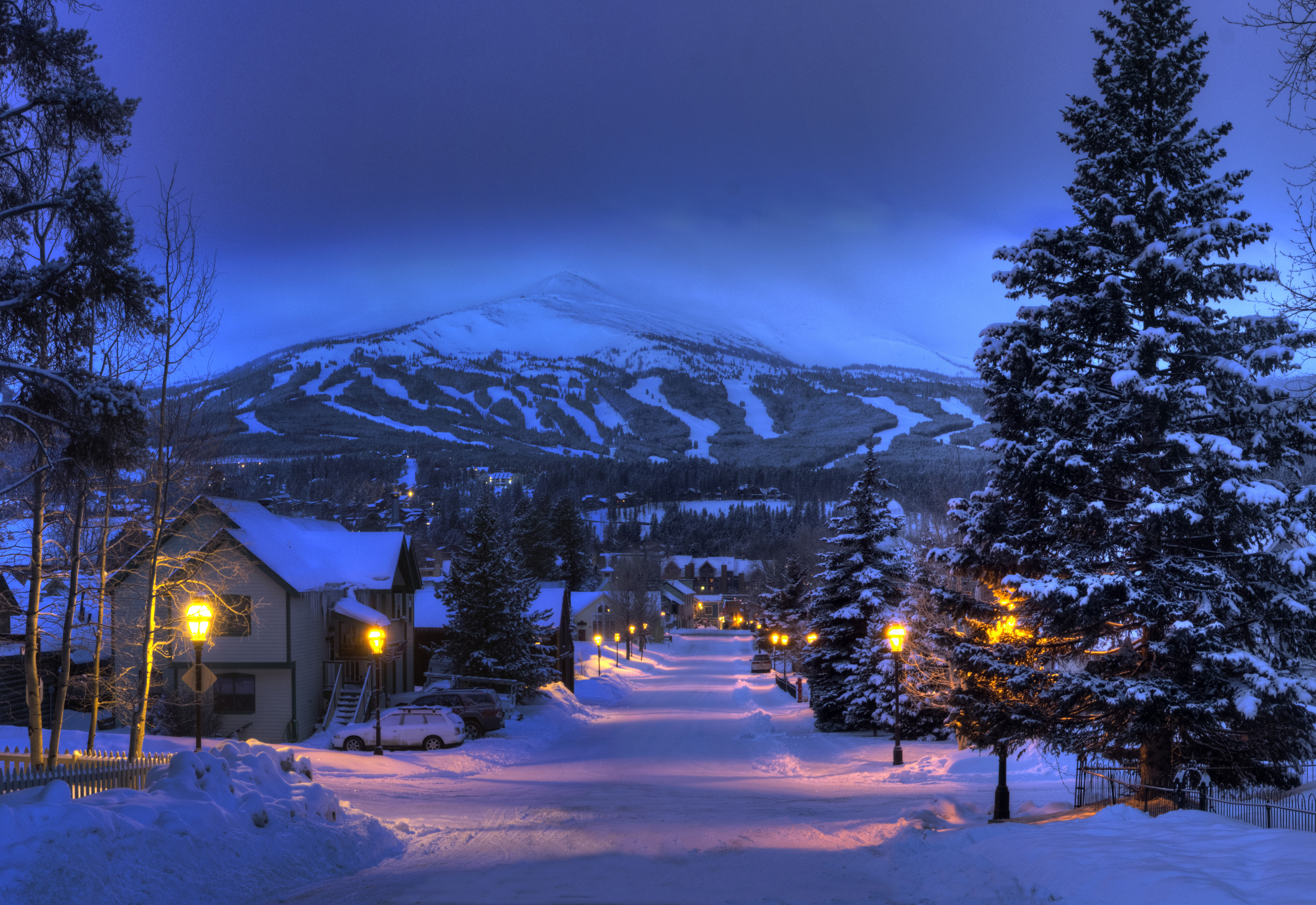 Like you need a reason to come to Breck anyways. With the great terrain and an awesome town, it’s hard to think of a time that is not good to come. Let’s face it though; Weekends can be crazy and offer challenges that make maximizing fun difficult. What’s the solution? Come on weekdays. If you can swing it, it’s even worth taking a day or two off to manage it. If you are wondering why you should take days off to ski Breckenridge on weekdays here are five reasons: