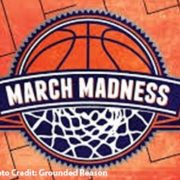 Although our Basketball courts are filled with snow in March, March Madness fever is still prevalent here in Breckenridge. As Spring Breakers come and fill the town, many people come from all over the country rooting for their favorite College Basketball team, myself included, GO ZAGS!

Play along with the locals as they cheer on their favorite teams and try to win some extra cash. Here in Breckenridge, many local restaurants have March Madness square boards where you have the chance to win money on every game that is played during the tournament. Check out these hot spots in town where you can purchase a square and join in on the fun!

Purchase a March Madness square for only $20. Each round and each game pay out money, so you’ll have multiple opportunities to win some cash. As the rounds go on, the payout for winning the square for that game goes up. If you want more information, contact Mi Casa at (970) 453 2071.

Breckenridge Brewery has a buy in of $20 and like Fatty’s, is a double-blind draw. For more information and specials during March Madness, contact the Brewery at (970) 543 1550. 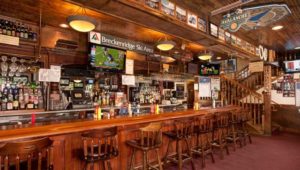 The Bar at Fatty’s

If putting money down on a Basketball game isn’t really your style, stop by one of the local bars to catch a game or two. Most places you can catch Happy Hour all while watching some fast-paced tournament College Basketball, eating some grub and having a few drinks. Get in the spirit, rep your favorite team and have a grand time watching March Madness here in Breckenridge!