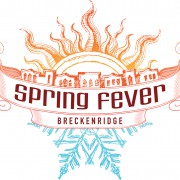 Happy Spring Equinox everyone. For many its been a long winter but in Breckenridge spring means the beginning of the best skiing and riding of the year. And also some really super-fun parties and events!

Spring Fever is Breckenridge’s annual town and mountain April festival. It is a mix of events, parties, competitions and free concerts.

The highlight of Spring Fever is the concerts! Each year Breckenridge Ski Area brings awesome free acts to play at the base of Peak 8. This year is no exception. Check out this lineup:

There is a ton more happening this year during Breckenridge’s Spring Fever but these are the highlights.

For the best deals on Breckenridge lodging visit breckenridgediscountlodging.com 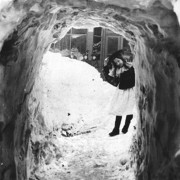 Think skiing in Breckenridge is hard now? Try it 100 years ago when folks would strap on wooden planks 6 feet long and oversized poles to make the long and dangerous trek over Boreas Pass to bring mail and needed supplies in and out of the High Country. Imaging what it must have been like to pilot the old rotary snowplow (currently located on Boreas Pass Road near Highway 9 on the South end of Breckenridge) through 15 foot high snow drifts in order to reach Breckenridge from the south in the winter. These difficulties make a difficult weekend commute up I-70 in the winter seem like child’s play in comparison. Long before there was a Breckenridge Ski Area, there were just miners and other residents surviving  long , cold, harsh Colorado winters.

The truth is the early residents of Breckenridge like everywhere at the time faced hardships and toil chasing their dreams. Only the residents of Breckenridge had to do it while navigating 350 inches of snow annually. Breckenridge was first settled in 1859 by 29 men and one woman following the discovery of gold in the Blue River. By mid-1861, Breckenridge boasted several stores, hotels, saloons, and a post office. On October 11, 1861, the Town secured the Denver, Bradford, and Blue River Road Wagon Company connection, which gave lifeto the little gold mining community. Breckenridge’s Main Street allowed for ease in turning around freight wagons and became the center of social and athletic activities. During the mining heyday, Breckenridge provided the miners with a variety of attractions. Without diversions, life in the mining camp would have been an endless cycle of routine work.

By 1882, Breckenridge secured a depot site for the Denver, South Park and Pacific Railroad and thereby brought rail service to Town. Breckenridge doomed a half dozen other rival company towns in the process, including Swan City, Preston, and Lincoln City. The population of Breckenridge peaked at approximately 2000. By 1882, Breckenridge added three newspapers and a cemetery. The Town also managed to organize three fire companies to protect the vulnerable wooden structures. A major fire in 1884 destroyed a number of buildings along Main Street and Ridge Street. Despite the fire danger, local carpenters continued to build with wood because of the availability of materials and the reduced time, effort, and cost of construction.

Even with the coming of the railroad the miners and residents of Breckenridge had many hardships to face. The winter of 1898-99 proved particularly challenging when a record heavy snow fell. The railroad was blocked and the residents were trapped for 78 days! Using the rotary snowplow and multiple engines, the track was finally cleared on April 24, and service resumed in town. Residents tunneled under Main Street through the snow to get from one business to another during that winter.

Six months of snow each year made it difficult for miners to work and they had to find something to entertain them in the long cold winters of Colorado’s High Country. Saloons and other false-fronted commercial businesses sprang up in the downtown area, and Main Street became a business hub. By July of 1880, Breckenridge’s population peaked to 1657 people, and the town was home to two dancehalls, ten hotels, and eighteen saloons not to mention a rather large red light district.

The Population of Breckenridge peaked at 2,000 residents in the late 1800’s but started to wane as new methods were introduced to gold mining that made it less expensive to mine it in other locations. With the drying up of the mining industry and the run of the last dredge boat in the 1942 people felt no need to stay and endure the harsh winters any longer. The population dwindled to fewer than 300 people by 1950. The future for Breckenridge seemed bleak. But then in 1961, Rounds and Porter, a Wichita, Kansas lumber company, opened the Breckenridge Ski Area, and a new boom era began. Transportation improvements fueled a new Breckenridge recreation “rush.” The Eisenhower Tunnel, on Interstate 70, was completed in 1973 and reduced the drive time from Denver to Breckenridge to an hour and a half. As a result of the relatively easy access from the Denver metro area, the high country’s recreational activities became increasingly popular.

Today Breckenridge is consistently the most popular ski destination in the country beating out rivals such as Vail and Aspen in number of skier visits per year. With over 3,000 permanent residents who look forward to and embrace the harsh, cold winter each year and new terrain opening every year Breckenridge is looking forward to a bright future. For more information on the history of Breckenridge visit the Breckenridge Heritage Alliance at www.Breckheritage.com. For the best deals on Breckenridge lodging visit www.breckenridgediscountlodging.com 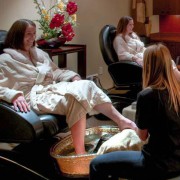 Spring is almost here and that means huge snowstorms and lots of powder days. This year Breckenridge is supposed to have a huge spring and recent snowfall has proved this to be true. For many with school spring breaks happening all over the country, March is time for the family ski trip. Spring Break ski trips are the perfect way to bring the family together around something that they love like skiing and winter sports.  But what if you dread the thought of having to leave your wonderful warm indoor climate and be dragged by your snow loving family on another trip to the Breckenridge Ski Resort? Have no fear! There are lots of fun activities to do in Breckenridge if you are not the snow loving cold weather type. While your family is busy booking their Breckenridge adventure and praying for plenty of white, dry snow take this time to plan a little “Stay out of the cold” winter vacation of your own. Turn your Breckenridge ski vacation into a warm, luxurious, entertaining, vacation of your very own. From deep tissue massages to manicures and pedicures to facials and body scrubs of all sorts a good spa treatment will put you in the right mindset to enjoy the rest of your time in this winter Wonderland. Relax and unwind with the perfect spa treatment. The next step is to set your appetite in order. Sneak into an in-town restaurant for the best deals and and great food.

Now that your stomach is happy and you have been mended you will be ready to enjoy all of the activities that Breckenridge had to offer. Start on Main Street. With hundreds of shops, boutiques and art galleries to browse and shop in. You could literally spend days and not see everything. Local and international artists display and sell their beautiful works of art from art galleries that dot Main Street from end to end. Clothing and jewelry boutiques, outdoor outfitters, gift shops, candy and other specialty stores make up the balance of what you will find in the Breckenridge Shopping District. If you enjoy history, Breckenridge has one of the largest historic districts in the Rocky Mountains. The Historic District is currently undergoing a massive transformation and is already better than ever. Start at the Breckenridge Welcome Center and enjoy the 2 story free museum of Breckenridge. Arrange for a walking tour of town with a local historian or visit one of the museums in town such as the Barney Ford House or the Edwin Carter Museum.

If you are looking for activity and adventure – just not the skiing and snowboarding type Breckenridge has you covered. Start at the Breckenridge Recreation Center where you can swim in the heated pool, hot tubs, sauna or steam room, Try the indoor rock climbing wall, Play indoor tennis or just work out. Head over to the indoor ice rink to get the feel of a winter activity without having to feel the biting cold of winter. Go for a short trip to Idaho Springs or Glenwood to enjoy a soak in the outdoor hot springs. Consistent, warm pools of calming peaceful spring water await. Nothing is more enjoyable then soaking in a hot spring warm and content during a winter snow storm. Want to get in touch with winter even a little more than this? A Dinner Sleigh Ride offers the chance to take a romantic sleigh ride on a cold winter’s evening behind giant draft horses and stay warm with piles of blankets and hot chocolate.

End the evening with a gourmet dinner and a trip to the Backstage or Speakeasy Theatres, offering plays and musicals year round the Backstage Theatre is open seven days a week offering matinees and evening show. For cinema try the Speak Easy Theatre which first run Hollywood movies and indie flicks every night in the old Colorado Mountain Collage Building.

So remember is you are coming to Breckenridge for your winter vacation but don’t love the thought of having to do winter activities. There are more than enough activities to keep you excited and warm away from the cold, cold ski slopes!

Because these cookies are strictly necessary to deliver the website, refuseing them will have impact how our site functions. You always can block or delete cookies by changing your browser settings and force blocking all cookies on this website. But this will always prompt you to accept/refuse cookies when revisiting our site.